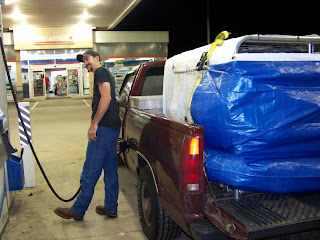 We have just made it home from a whirlwind of a trip to Poteau, Oklahoma! We left Thursday night around 7pm and drove all night to drop off our bucks to participate in the buck test held at the Kerr Center in OK. Shane wanted to try driving them at night to reduce the stress of such a long haul. He had just bought the goat tote earlier Thursday morning (kinda last minute). Usually we use our cattle trailer, but have decided to invest in a goat tote instead of hauling that big trailer around for a few goats. He covered it with a billboard tarp that we had to keep the wind out, rather than buying a cover for $120. We had to stop to get some bedding to soak up the "mess" they would create in that tote. We stopped to get gas to realize too much wind was coming in and blowing the bedding around, so we went to Home Depot to get yet another tarp. That did the trick. Here are the bucklings below, before we put that last tarp on. 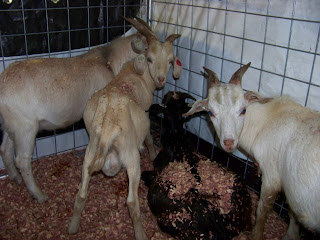 We decided to send 4 bucks this year from 4 different does than we sent last year. The smallest goat had a time with our LGD pup chasing him around until we finally weaned him off. His dam has had the best FEC that we have checked on our farm. Next year, we plan on sending some of Rooster's bucks with the same does to see how his offspring perform. 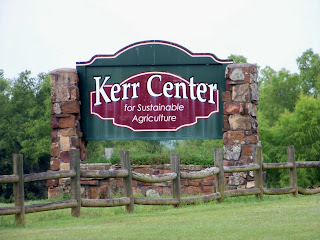 We arrived at the Kerr Center a little after 8am. Mary, Andy, and Courtney were waiting for us to arrive to check our bucks in. There are a total of 60 bucks in this test with ours included. Our 4 missed out on 1 week worth of the "warm up" period, but we hope they will do fine.
After they checked everybody in, we took a tour of the facility. There are some nice bucks that have been entered into the test this year. 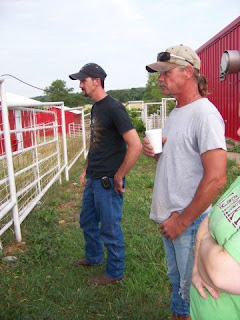 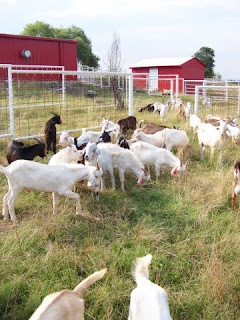 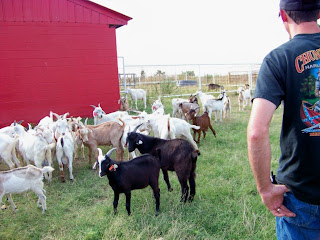 We also looked at their Pineywoods Cattle herd. Mary and Andy drove down to Mississippi to get some of the genetics in their herd. Their bull came from down south and has been given the name Mississippi Mud. 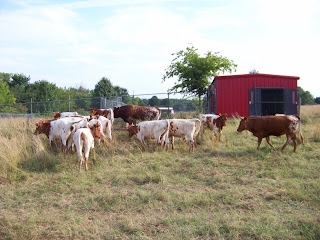 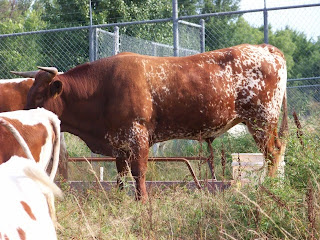 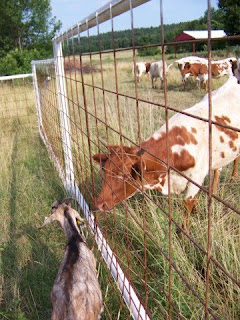 We finally left there somewhere around 10am. Meanwhile, Shane still hadn't had any sleep after driving all night. He finally pulled over right before leaving OK, and I drove to the other side of Memphis while he took a power nap. He said he wanted to drive again, so I took the passenger's seat and started with my camera. I look back now at all of the crazy photos I took, and I do believe I was a little deliriously silly with my sleep deprivation. I decided not to share all of my crazy photos, but here are a few.

This is us about 20 hours into the trip.

Thank goodness for that nasty coffee at the gas stations. I guess I shouldn't knock the coffee, after all that is what keeps you awake! 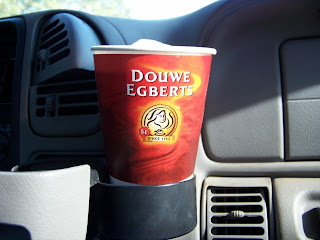 Shane's truck, Besse or Betsy (he said she'll answer to both), rolled over to 287,000 miles before we arrived home. She has been a good 'ole girl for us. We decided it would be nice to document the mileage for our trip. Notice the dust had to be wiped to see the mileage. I think she deserves a little clean up after taking us to Oklahoma and back safely. :) 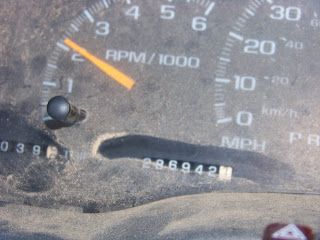