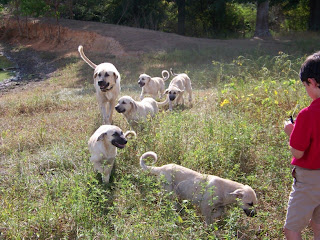 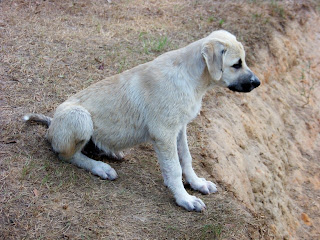 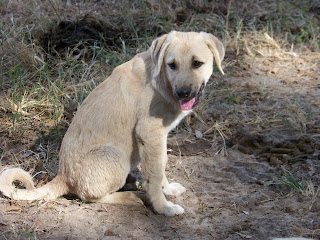 We had a man come by yesterday to look at one of our adult LGD's that is for sale.  He really wasn't ready for a dog yet, but he went ahead and paid a deposit on one of the males to give him time to get his animals set up.  So as of now, we only have 2 females and 1 male out of this litter of pups left for sale.  If you are interested just give us a call or email.  We also may be able to deliver.
Posted by Ashley at Friday, September 24, 2010