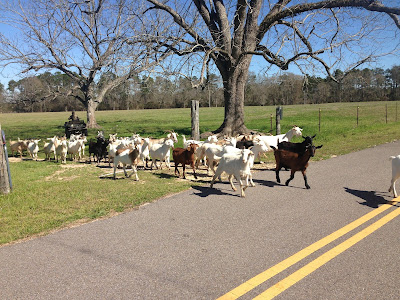 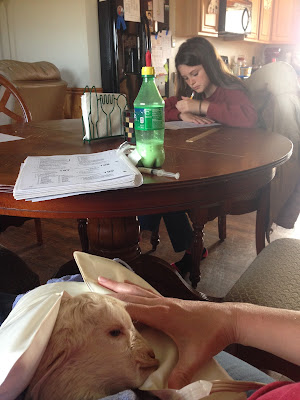 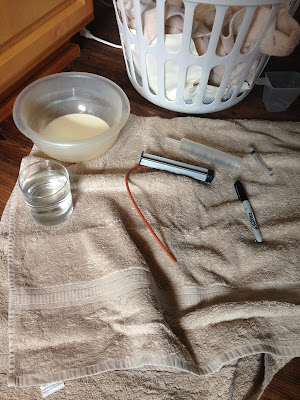 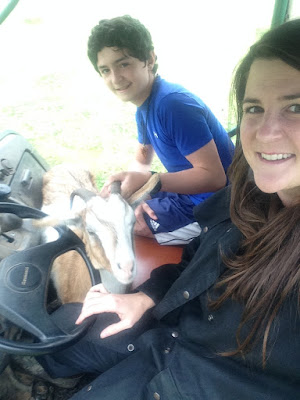 All I could picture was that crazy thing getting her hoof on the gas pedal and taking us for a ride! We've had it happen before and I'll tell you, it gets exciting when someone/something else has the gas pedal pushed to the floor while you're behind the wheel.....especially when it's an animal that's trying to get off.    I did manage to capture a shot of us.  I told Dillon people driving by would think we were crazy riding around with the goat.  Maybe we are a little crazy, who knows? It worked well and got her back to where she belongs!
Posted by Ashley at Monday, March 14, 2016 No comments: 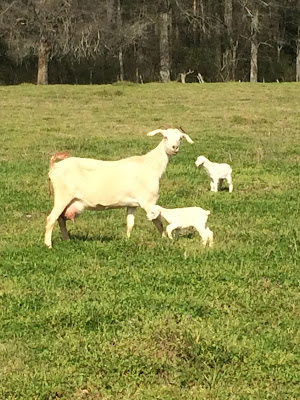 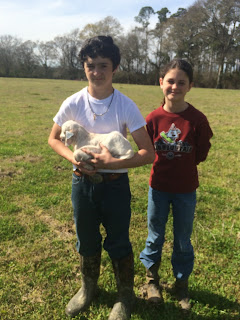