Last weekend, we attended the 2013 AKGA National Convention. It's been a while since we've been able to attend any goat gatherings. Last time we made one was in Indiana in '09 and Batesville, MS in '10. It's always nice to get to catch up with old friends and make some new ones. This year's convention was located in Kellyville, OK.


There were a lot of great seminars and speakers.  I wasn't able to get photos of everything, but here are just a few that I managed to get.

They also had the first ever AKGA Maiden Doe Futurity.  Does were judged based on phenotype only, with the AKGA conformation guidelines that were on the web site as a basis. The judge was provided with score cards in the 6 specific areas outlined in the conformation guidelines to score goats on: Head, Neck & Forequarters, Body, Hindquarter, Reproductive Organs, and Skin & Coat and an additional area General Overall Appearance and Movement.  Dr. Richard Browning, Jr made the selections.

The top 3 does that were chosen out of those that entered were in the photo below.  They are from ( L-R)  Wes Pinneo; B Bar W Kikos, Jean Gullion; MJ Ironwater Acres, Craig Adams; Adams Family Kikos, also Dr. Richard Browning, Jr from Tennessee State University.

The youth that attended were also given a packet with activities to complete to earn Kiko Kids Buck$.  As you can see, our two kids got busy on the activities to earn some buck$.  Our oldest started talking about his own herd he was going to start since he was able to earn buck$ that could be used towards registration.

The last day of the convention was concluded with the AKGA Breeders Showcase Sale.  We didn't purchase any goats this year, but there were some nice goats consigned.


We are looking forward to the next "goat gathering".
Posted by Ashley at Saturday, June 22, 2013 1 comment:

I've mentioned before that our pastures have fencing that is quite old.  It has many places that have been patched.  In December, Shane decided he wanted to include a 4-5 acre area that joins our back pasture with some fencing.  I wrote the post "Back Forty Renovation" back in January about that job.   He realized quickly why his grandpa didn't include it in fencing in the old pasture.  It's very wet and has a creek running through it.  It's been a challenge to get posts set, but Shane has been persistent in getting all of our land fenced in.  This past Saturday, it came time to work on the other corner of the 40. 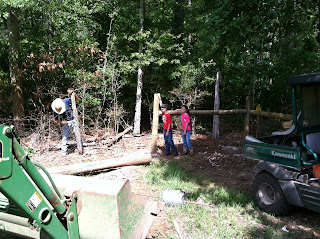 This farm boy really got lesson on fence working 101.  I love to see the pride he has when he gets to help out Shane with the work.  Of course, there's always an occasional grumble and gripe, but generally he tends to want to help....... 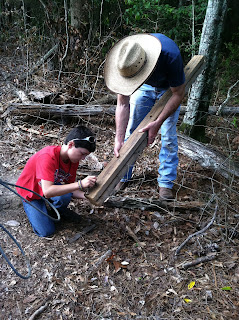 even more so when his sister wants to help.  He sure doesn't want her to show him up.  She kept saying, "Daddy let me do something.  I want to help."  This only made the farm boy work harder so his little sister couldn't get a chance. 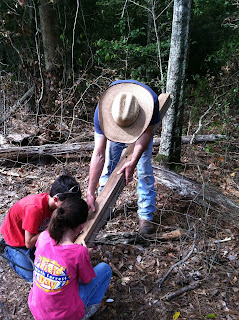 We have two really great farm helpers I'm telling you!  We are blessed with 2 great kiddos!


The kids were discussing how something should be done.  I couldn't tell exactly what they were talking about, but they sure were serious in the discussion! 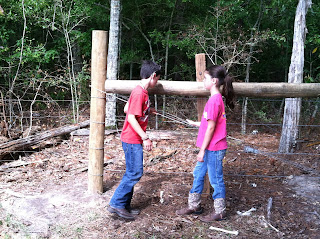 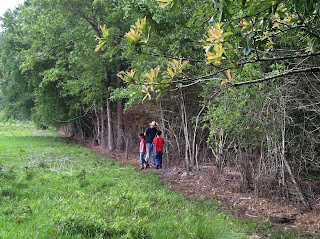 We've been fortunate enough to finally be able to purchase 21 acres that joins directly to our back 40 pasture.  As we speak, it is being worked and hopefully soon we will be fencing this in too. It is to the right of this dirt road in the picture below.  We sure do have a lot of work ahead of us, but I'm so thankful for the direction our farm is heading. 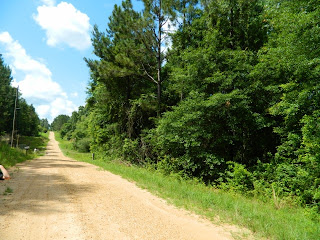 Well I've tried to put together a quick post on how Shane (my husband) made our mineral feeders that we use.  He actually had the instructions saved from an email back in September, so I copied and pasted it and tried to construct some sort of post out of it along with some pictures that I had taken last year. Hope this helps those who have inquired on how they are made.  These will hold 80-100 lbs of loose minerals in each one.  We also use them with our cattle, goats, and horses. 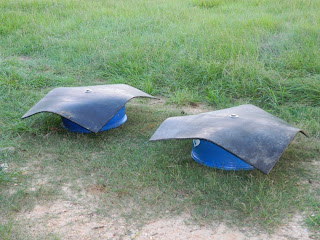 Take a plastic 55 gallon drum with bungs (I call them plugs) tightened so you can make two feeders.Measure 10" from each end of drum and cut the drum in two separate pieces.  Drill a 7/8" hole in center of each drum. Take a 2" schedule 10 stainless steel pipe and cut two pieces 10" long. 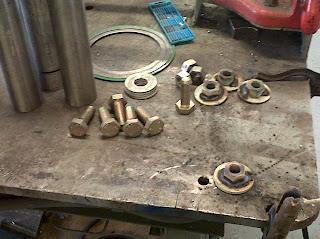 Use four 1" heavy washers and weld a 7/8" nut on them so that a 7/8" bolt can be used.  Take the washers with nut welded on them and place the nut side down inside the pipe, and weld the washer to the pipe on each end. 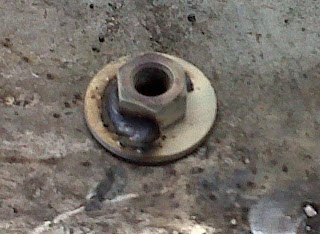 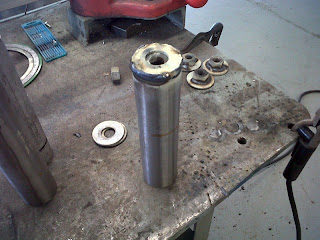 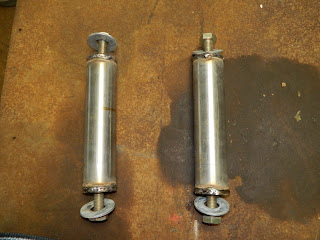 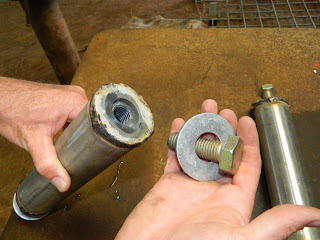 This will allow you to attach the pipe to the inside of the two drums that you drilled a whole in.  Use a 7/8" X 2" long bolt with heavy washer to attach pipe to the drum, and do the same step on the other end of pipe with a rubber mat on top of drum. 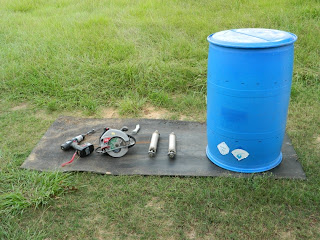 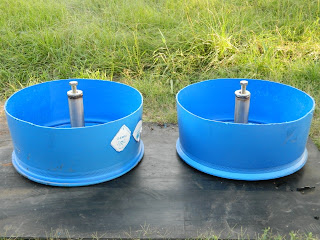 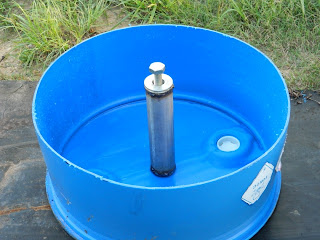 Shane had mentioned that not everyone can weld or don't have that option, so he mentioned another idea.  Instead of using the pipe with the welding, he was going to try a treated 4X4 post with the same measurements of 10" long.  You can go to Home Depot or Lowe's and buy 3/4" X 3" long lag galvanized bolts with heavy washers and lock washers and do the same as with the bolts with the other feeder.

He also told me I should mention that it has an empty signal too.  If we are out in the pastures and notice one of them in this position, that means they need to be refilled.