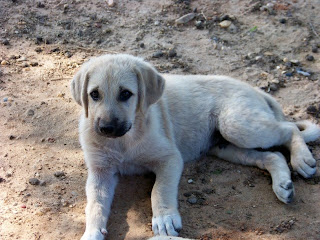 I tried to take some photos of the pups today, but none of them seemed to be in the photogenic mood. They are now around 9 weeks old. They have been eating out of the dog feeder along with Jael. I gave them their shots last week and they were wormed as well. Hopefully I'll be able to get some individual photo of them soon.

I did have to share this one... Look at those puppy dog eyes!!! 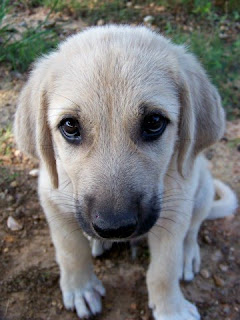 Coccidia, toxic plants, and did I mention Coccidia?

It has been a battle with coccidiosis around here for what seems like forever! It started out with a few of our bucklings, and spread throughout the whole herd of bucklings. We decided to treat them and move them into the field with our other bucks, and wouldn't you know coccidia decided to show its ugly face again. We have been drenching them individually if they have the symptoms....runny runny runny diarrhea. We did fecals on those that had stool firm enough to run the sample, and it was overwhelming how many of those coccidia oocysts were seen in some of the samples. Shane called every feed store from here to Timbucktoo to see if they carried the rumensin blocks made by Sweetlix. NO ONE had any! He finally talked with a woman at a nearby feed store and she said she could order them, but they would have to be made and shipped to the warehouse, then deliver to her store when the representative came by. At this point, we were ready for anything...Two LOOOOOOOOOOONNNNNNGGGGG weeks later, they arrived. 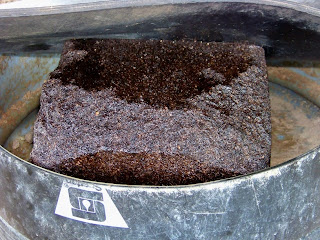 Shane had put them out in an old tub with no cover, but of course the goats had to jump on top of the blocks.....So they are now stuffed into one of our homeade mineral feeders with a rubber flap on top for protection from the hooves. I hope it works at preventing us from having this issue again. Shane has about come to the conclusion, that the coccidia may have come from our pond. Wherever it came from, we DO NOT want to see it again!!
On another note, we have our does in a new pasture with an "unsecure" fence on the backside that joins the National Forrest. They began slipping through the fence and nibbling on all of that wonderful browse. We then began to notice a few does with the scours. First though was OH NO, coccidiosis! Then we came to realize that the does were eating a plant that has been told to us is toxic to goats. We now have a strand of hot wire on that side to keep them exclusively in the pasture. No more roaming around the forrest! Since then, no scours! A local goat farmer pointed out the plant to Shane and told him that it would make the goats sick; and called it purple mint. Their parents must have forgotten to mention to them about not eating this plant, because I would catch them out and most always this plant was being attacked. Here are some pictures of the "purple mint"

***UPDATE*** (2012) a reader has informed me that this plant is called beauty berry.  Click here for more information on beauty berry. 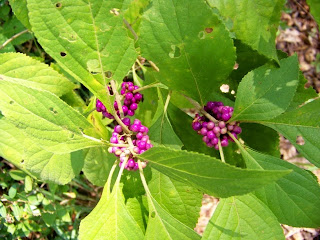 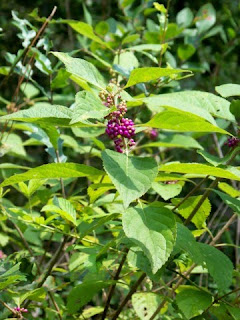 Here is a picture of another plant growing around here that is supposedly toxic to goats. It grows some sort of fruit looking thing on it. They are everywhere on one side of our property. I was told that these trees were used to produce some kind of chemical, but I have honestly went blank on what it was! The goats aren't interested one bit in this plant though.

***UPDATE (2012) *** The photos below are of a "tung oil tree" Click here for an interesting article on the history of tung oil. 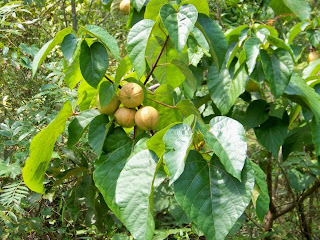 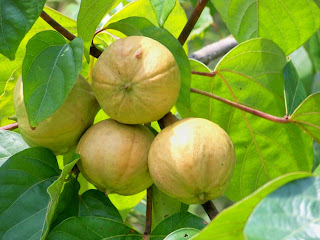 This is Sweetie Pie (Mallory named her) She is one of the most curious goats we have. She will come up and check us out so closely, but if we try to reach our hand out to pet her she runs. Mallory is the only one who can pet her, so Mallory thinks this goat belongs to her. 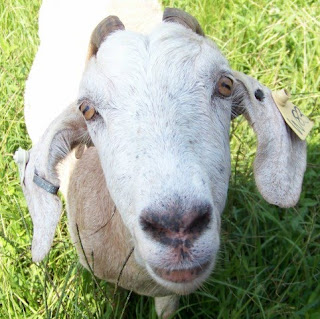 I tried again to get another shot of the new guy on the block. I think his name is going to be Gold Digger. He was too interested in the goats on the other side of the gate to pose for any pictures. We will be ready for the bucks to be put in with the does in the middle of September for hopefully a later kidding than last year. But as you can see by his coloring he and all of the fellas are ready to go right now. 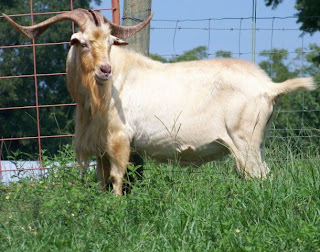 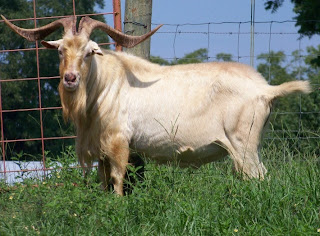 Any ideas on how to get the smell of stinky bucks in rut off of your hands??? I've read that you can use lemon or lime and that didn't seem to do the trick. 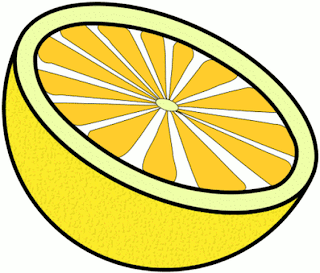 Even washed my hands with good ole' soap and water and still have that stinky smell. Just wondering if anyone out there has any good recommendations.....
Posted by Ashley at Sunday, August 22, 2010 No comments: 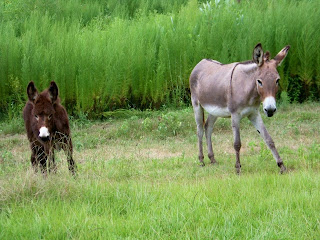 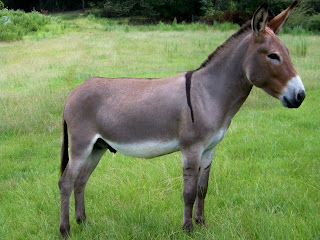 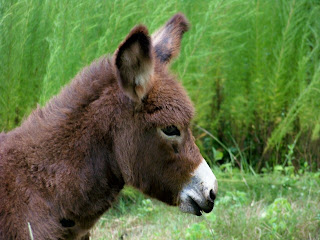 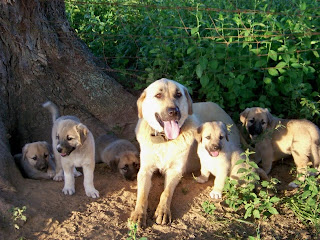 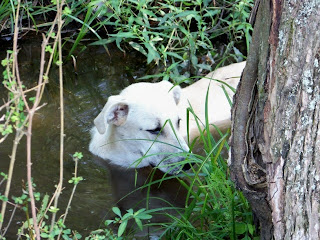 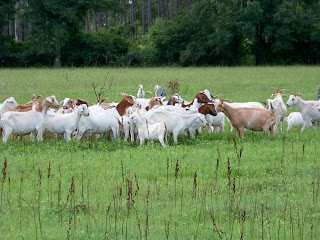 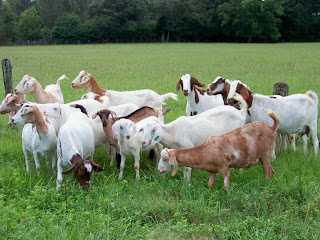 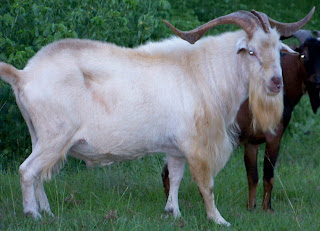