Well, it's official. Elvis is gone. This morning he left Deep South Kikos to head out to his new home in Utica, Mississippi. Mr. and Mrs. Willis made the drive down to pick him up.  I have to say, I am really going to miss him, but I know he will do great things for their farm. 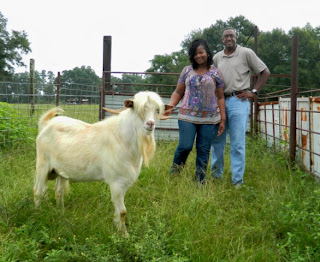 We had a very enjoyable visit with the Willis' this morning. They will be hosting a goat field day at their farm sometime in September, and when I get the information from them I will post it here for those that may be interested in attending.

A Sight For Sore Eyes

For a while, I've been out and about only seeing dry, extremely dusty ground and parched crispy grass. I have been wondering if we were ever going to get any rain. It had rained all around us last week....like 5 miles from our place would get a good drenching........ with us getting zero, zilch, nada! It would get dark and cloudy and the humidity in the air would be so thick it would be hard to take in a deep breath of that sticky air. I just knew that it was going to rain......only to see all of that blow right on over us without giving us one. little. tiny. drop.  I would've been happy with enough to just settle the dust, it didn't have to make big puddles everywhere.

Well, that has changed.  Hallelujah!  Thank you Lord!  For the past 2 days we've been getting some of that much needed rain! That puddle above is such a sight for sore eyes.  We've got several of those around here, and I am one happy lady about that situation!  My prayers are going up  for those farmers desperately needing the rain for their crops.  I know it would be such a relief for them too...
Posted by Ashley at Tuesday, July 10, 2012 2 comments: 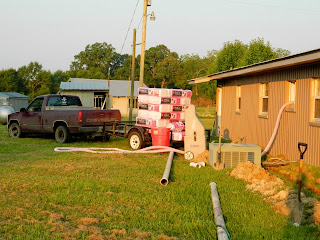 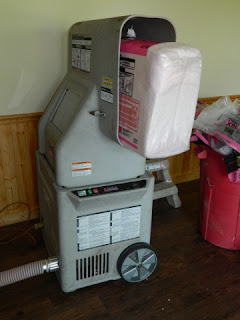 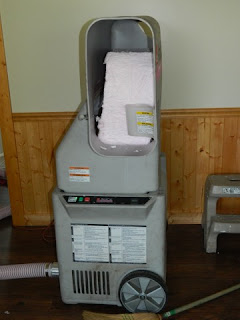 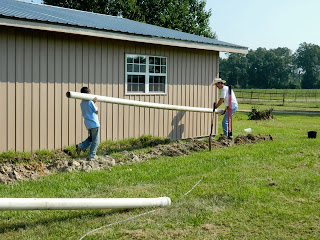 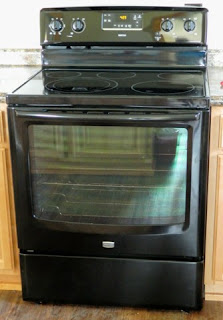 We just ate the most delicious supper tonight, thanks to my mother in law's gardening skills.  We had peas, cornbread, tomato gravy with rice, and sweet corn rounded off with a big ol' glass of sweet tea.  I had the idea to take a picture of all of the deliciousness to share and soon realized that I had licked my plate clean.  Ooops.....but I must say it is one of my most favorite meals to eat in the summer time.  Good ol' down home Southern cookin.  Mmm mmm good!

5 Random Things About Me


Now, won't you sleep better tonight knowing these little tidbits?  :)   Have a blessed day!
Posted by Ashley at Tuesday, July 03, 2012 No comments: 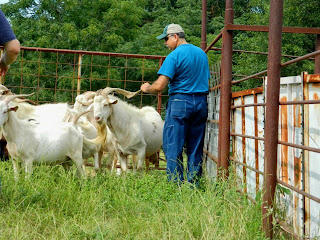 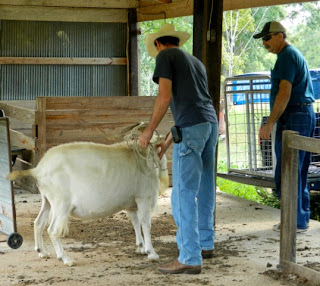 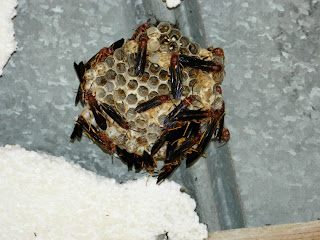 Keeping Cool in the Cave 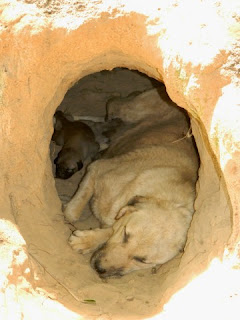 I took this yesterday while out in the pasture.  Jael is still keeping cool with her pups in the cave she dug in the side of the pond dam.  By looking at this photo you wouldn't guess that it was 100+ degrees outside.  They all look quite comfortable.   Although, if you could've seen the person behind the camera, there wouldn't have been any doubt.  I think I actually started to melt.