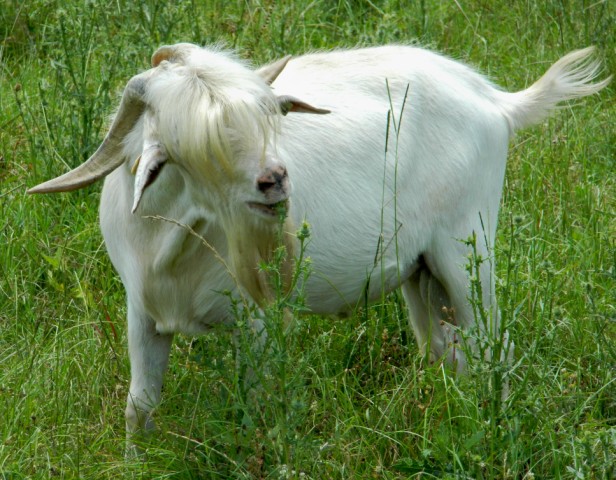 I always find it so amazing how those goats can eat the thorniest plants.  It's like snack time for them when it comes to briars and prickly weeds.  So thankful that we have the goats in our pastures.  They really have improved them.  They eat what the cows aren't interested in and it balances it all out. 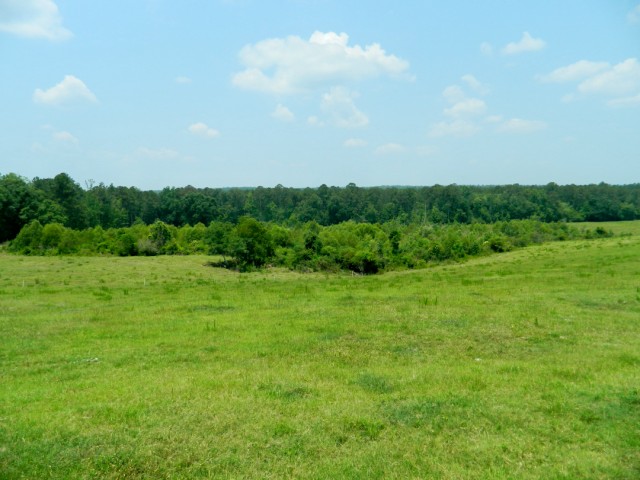 The photo above is our summer project, once the remodeling is completed.  The wooded area at the bottom of this 40 acre pasture will be enclosed with portable electric fencing and goats will be put to work on it. I think it's about 12 acres. Several years ago we had someone come and cut the big trees off of it hoping to open it up into pasture land.  There were some smaller trees left behind, along with some brush, and you can see it has taken off in just the few years.  It was not top on the priority list of things to get done here on the farm, so once again, it will be snack time for the goats!

** Oh, before I forget.....the turtle in the last post was lucky because a pellet barely missed him and became lodged in the tree limb.  If you look closely you can see it below the turtle.  I just zoomed in to take a picture of the turtle ( he was so far away ) so we could get a good clear picture of him and didn't notice the "missed shot" until we uploaded the pictures on the computer.**
Posted by Ashley at Friday, June 01, 2012